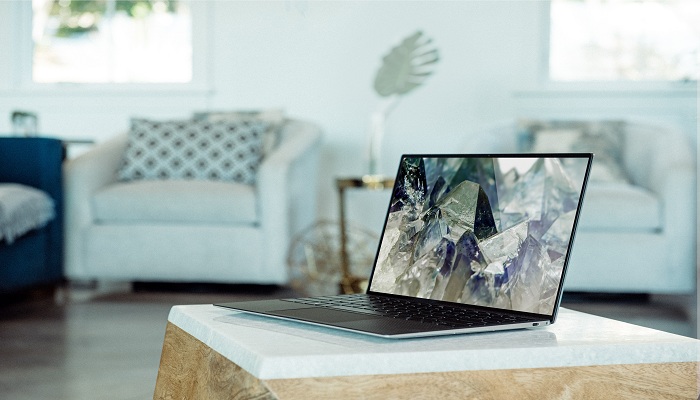 New technologies in the 1990s helped corporations worldwide to reengineer their business models, the most crucial being the internet. While the internet excited the whole world, people could not escape the mention of Silicon Valley for every new idea that blossomed into a tech giant.

Will Silicon Valley survive the onslaught from Europe?

Silicon Valley is a legendary place, mainly because of its stranglehold on the global tech ecosystem. The speck of land in California’s San Francisco Bay Area hosts many tech behemoths, including Apple, Google, and Facebook (recently rebranded to Meta). It is also a fertile ground for tech startups because of the right mix of tech-focused institutions like Stanford University and a myriad of venture capitals.

But Europe is catching up. For instance, according to a Dealroom report, capital going to European startups took the lion’s share of the €264 billion ($305 billion) raised in the first half of 2021. The report identifies the European tech ecosystem as the fastest growing globally, having netted close to $60 billion in venture funding in H1 2021.

Another analysis by Crunchbase established that the bulk of the funding went to late-stage venture and private equity in VC-backed startups. The total financing came to about $41.4 billion, per Crunchbase data.

US tech investors are flooding the European tech ecosystem

Granted, the European startup fundraising for H1 2021 is epic and blasts competition from Silicon Valley out of the water. But something more significant happened that deserves more solo attention – US investors’ interest in the European tech ecosystem.

According to the Crunchbase analysis cited earlier, the majority of investors that led or co-led the fundings in H1 2021 were American. They include Goldman Sachs, General Catalyst, and Sequoia. 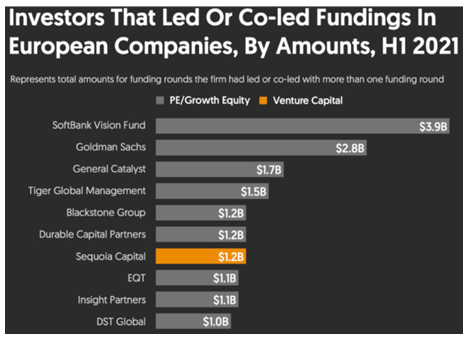 Interestingly, American investors are not newcomers to European startups. For instance, Sequoia first set up an office in London in 2020, and even then, there were other American funds already operating in the region.

For example, US investors played a pivotal role in the record fundraising for European startups in 2019. The funding activity raised $34.3 billion, higher than 2018’s.