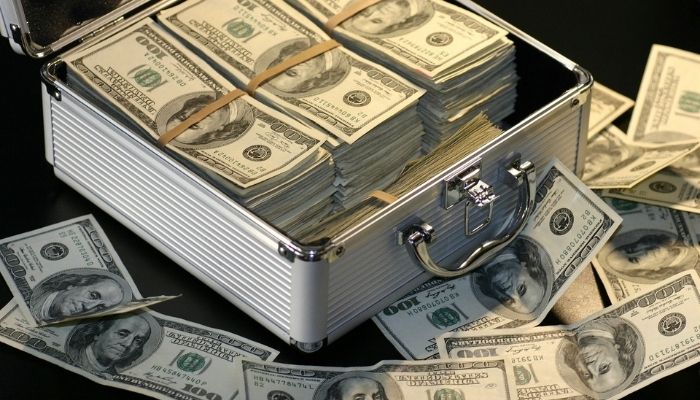 Lockdown is one of the most dreaded terms among the world’s poor. Since March 2020, governments worldwide have rushed to lock down people into their homes to control the spread of the coronavirus disease. Many parts of the world are coming back to life, although the crisis is still alive.

Many workers lost their source of livelihood due to lockdowns
The problem with lockdowns is that they necessitate a sudden stop in economic activity. Farmers cannot sell their produce, and teachers cannot attend classes. All these workers suddenly ran out of income, leading to the reliance on government handouts.
According to an International Labor Organization (ILO) report, workers across the globe had lost about 8.8% of working hours by end-year 2020. The lost working hours translate to about 255 million full-time jobs. For context, 205 million jobs had disappeared after the 2008-2009 financial crisis ended in 2009.
Because of massive job losses in 2020, the global labor income declined 8.3%, said the ILO report, which translates to $3.7 trillion in lost earnings.

Support funds ended up in billionaires’ pockets
The dire numbers compelled governments to install support measures to buoy consumers. From the United States to Brunei Darussalam, trillions of dollars flowed into the global economy from government coffers. While the funds targeted the world’s poor to shield them from the pandemic’s impact, they ended up in the wealthy’s pockets.
An Oxfam International report found that billionaires worldwide gained $3.9 trillion in new wealth between March 18 and December 31, 2020. A section of the report reads, “The increase in the wealth of the 10 richest billionaires since the crisis began is more than enough to prevent anyone on Earth from falling into poverty because of the virus and to pay for a COVID-19 vaccine for all.” 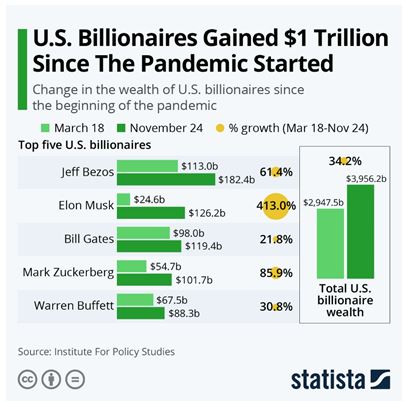 Are the ultra-rich ready for the inevitable backlash?
The numbers being thrown around are obscene in the eyes of many people around the world. Naturally, people will express indignation when a section of the population grows richer while the majority sink into poverty. The gross inequality arising from the pandemic is worsening, and calls for higher taxes on the rich are likely to grow louder.
Unsurprisingly, some ultra-rich individuals are looking for avenues to secure their wealth. Some are considering more active involvement in charity programs, while others actively pursue channels to shift money into trust funds.